Skip to content
Home  »  Child Custody   »   How Do I Write A Texas Letter of Intent for Child Custody?
View Our Practice Areas

How Do I Write A Texas Letter of Intent for Child Custody? 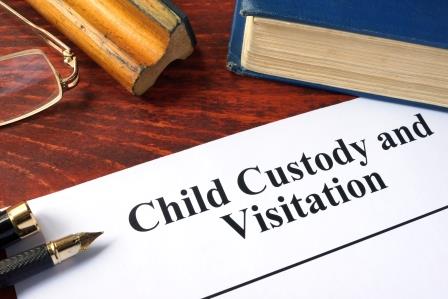 Imagine wanting to get full custody of your children. Imagine having to go to court to do it. And then imagine having to testify in front of a judge about it. If all that sounds a little intimidating, you are in good company. The good news is, there is an alternative: You may be able to write a letter of intent for custody. Is this right for your case? Here’s what you need to know to help you decide.

What Is A Letter of Intent for Custody?

Note that in Texas, the term for “sole custody” is sole managing conservatorship. This means that, in addition to having the children live with you, you also have the sole legal authority to make decisions about their education, health care, and general well-being.

The letter of custody intent will be reviewed by the judge. If your spouse has an attorney, he or she also will examine this letter, and likely will challenge it. Therefore, it is very important to write a letter correctly.

Key Points about the Letter of Custody Intent

While it is important to write this letter correctly, you also should not feel overwhelmed. Remember that the court knows you are not a lawyer, and does not expect you to sound like one. Here are some key things to remember about the letter of intent for custody:

Your Letter of Custody Intent Should Address Relevant Issues

Before you write your declaration, make sure you are aware of any other relevant custody documents that have been filed.

You can also use the declaration to address the objections of your spouse. For example, if your spouse has claimed that the children don’t want to spend time with you, you can cite examples and provide photos to prove this wrong.

Writing a legal document can feel a little intimidating. To get started, try writing an outline.

For example, imagine your letter of custody intent could only be five sentences long. To get your point across, you will have to write some very direct sentences. For example,  “For the last five years, I have been the primary caregiver for the children,” and “My spouse has repeatedly stated that she is not interested in helping raise our kids.”

The outline will help you organize your thoughts and clarify the key points you want to make in the letter of intent for custody. It also will make the next step easier.

Writing Your Letter of Intent for Custody

Start by introducing yourself. Briefly explain what you are requesting from the court. Example: “Jane Smith and I were married in May 2011. We had our first child in July of 2013, and another in December 2015. I am asking for full physical custody for me and supervised visitation for my wife.

Use the outline to help you expand on your points. What are some simple, specific examples of how you have been the primary caregiver? What are some specific times when your spouse said she was not interested in raising the kids? Has your spouse done anything in the past that endangered the well-being of the children?

Try not to let your emotions carry you away as you write your letter of intent for custody. It does not help to say, “My spouse has never been good for anything.” Instead, stick with the facts, providing as many specific examples as possible. Examples of Factual Statements in a Letter of Custody Intent

“If the children live with me, they will not have to change schools.”

Five Tips for Writing a Strong Letter of Intent for Custody

And as mentioned, your letter of custody intent should also include any relevant evidence, such as pay stubs or photos.

How to Have Someone Review a Letter of Intent for Custody

Your county family court can advise you on the specific procedures for this. But as noted, given the importance of this letter, we recommend you hire an experienced attorney. Keep in mind that, even if you do write a letter, you may still have to testify in court. At the least, the judge is probably going to have some questions for you.

This is another reason why the letter of intent for custody is so important. Before you get to court, you can use it to help organize your thoughts. The letter also can help you stay focused during what might be a very stressful situation.

Last, keep in mind that even if you write a perfect letter of custody intent, there is always a possibility that the judge may deny your request. However, in the event this happens, you still have an opportunity to file an appeal.

In a Difficult Custody Case, An Experienced Attorney is A Crucial Ally

If you are going through a divorce or custody case, don’t risk going it alone. And don’t risk relying on someone who is not very experienced. Attorney Sean Lynch is known as one of the best divorce attorneys in Tarrant County.

The associates at Sean Lynch Law have the skill and experience to help you successfully navigate a difficult divorce or custody case. They offer you a no-cost, 30-minute case consultation. Call them today at 817-668-5879.